I like to write. For someone who still has to look at the keys and whose spelling is beyond appalling this is a presumptuous statement. When I began my career I quickly understood how important writing skills are for communicating my ideas to others particularly in artist’s statements and project submissions where one doesn't have to opportunity to verbally (albeit theatrically) present ideas.

Over the years I have continued to write on a variety of subjects ranging from the relationship between art and science to diverse philosophical missives such as hope and creativity. I have written the compulsory novel (unpublished of course), magazine articles and lecture drafts. Writing forces one to confront his own words and nearly always for me to sharpen my thinking and become far more careful about separating opinion or supposition from ever changing contemporarily accepted fact. In short, writing is a discipline that makes me more disciplined. I live in constant fear of penning words without the benefit of spell checker knowing that if the flaw really got out whatever credibility I thought I had would quickly vanish in a wad of paper and cloud of disgust. I am thus grateful for the editors in my life who cared enough.

Over time I intend to put some of my efforts in this section and I begin with the Conceits. They are an accumulation of “jottings” from my sketchbooks done over the past 45 years. They were the focal point of a show I did several years ago and I make an effort to contribute to them from time to time. They remain unedited and thus show the journey of thought from young man to old(er).

Warning to reader: this is not entirely correct... sometimes I sneak in here and make a few additions but rarely corrections.

Conceits are just that… as in the musical reference (conceits) they are short, sometimes playful sometimes painful and sometimes sober observations of and from my life experience… linguistic versions of my visual art. Artist’s statements are cautiously presented because often it is better to just keep them guessing by saying nothing. Essays are a joy too rarely visited but important to write and then considered recorded so I can move on with no fear of forgetting the thoughts that seemed so important at the time.

I am not a diarist for as an artist I am and remain an observer who uses every means possible to practice my talent, craft, intellect and most of all my heart. What you read here is process always process. 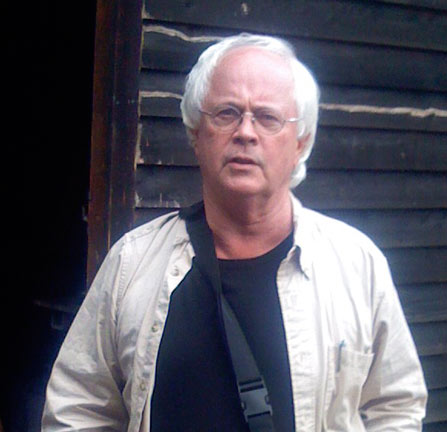